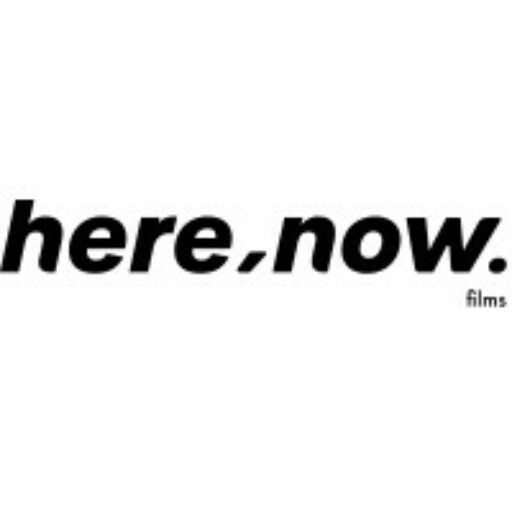 The track was steep, half grass half loose rock. It had peaks and troughs and was designed to keep hatchback cars like ours at bay. Our suspension was low to the ground due to the camera gear we’d crammed in the boot. Thud, scrape, rev, thud, scrape, rev. We zigzagged up the path. This was not how we’d imagined our first bee hunt. Either side of us were broccoli fields, freshly sprouting, the ocean visible just over the far hedges. Cornwall has an ability to take you from the known to the unknown very quickly. We drew into a small National Trust farm where the team from Buglife International, an organization ‘protecting the tiny things that make the world work’, were gathered. Their giant bee nets poking from their backpacks and binoculars hanging from their necks.

We were here on a very specific mission to find and film one of the UK’s rarest bees, the Large Scabious Mining Bee. This mining bee, amongst others, is a focus point of a county wide conservation project called The North Cornwall B Line that’s creating pollinator corridors stretching the length of the South West of England. A solitary mining bee lives, as the name suggests, by itself, they usually live in burrows, instead of in a hive, eighty percent of UK bees are bees of this kind. They come in all shapes, sizes and colors. Some of them, the nomad bees, lay their eggs in other bees’ nests, they’re the cuckoo of the bee world. Solitary bee populations, like most insects in the UK, are plummeting. We used to have 4 species of scabious bee in Cornwall, we now only have one… and it’s only found on the location we were visiting today.

Bees are fast, unpredictable and small – that makes them a hard subject to film. We were lucky in a way that our bees feed on a single flower and are isolated to a small patch of land, that should narrow the hunt down. We were told in advance that we’d be lucky to see any bees let alone get any film of them. Their numbers are so low, and their activity governed strictly by the wind and temperature, that it was a complete roll of the dice. We did our final checks and packed a large antique magnifying glass into our back pocket before setting off on our way.

We followed the team into a swathe of seeded grass freckled with wildflowers. Looking back you could see the old farm land we drove through to get here. A patchwork of dark brown earth with lines of well behaved vegetables. This is Cornwall, next to no trees, 75% managed for agricultural use and 8% is urban area. It comes as no surprise then that breeding birds and mammals are found in only half as many places as they were 30 years ago, butterflies are found in even fewer places. Though this may make you despair, there is plenty of hope. Nature hangs on in the most unexpected places. Looking across the fields you see wild shrubby hedge rows and triangular islands of life where three fields meet, safe from the plow. It’s so easy to see what people mean by islands of biodiversity and when they speak about the need for wildlife corridors to connect them up.

As we walked, butterflies of all kinds fluttered inches above the sward, weightless, beating, still. Evidence of regenerative work was everywhere to be seen. Baby saplings, 10 trees thick, ran along the furthest field margin that backed onto the sea cliffs – a site of specific scientific interest (SSSI). “They told us trees couldn’t grow here… too windy they said… They look perfectly good to me. We’re trying to give the landscape a little shelter and to increase the width of the shrub from the sea cliffs to the meadows.” said Nick Holden, a National Trust lead ranger and our guide, Nick continued, “The fields we were walking on used to be just like the broccoli fields down below. It’s taken years of seeding and regenerative grazing to return the meadows to what you see now. There’s plenty more work to be done, mind.”. As we walked Nick spoke to us of the different wildflowers that had been sown and how their roots permeate to different depths. A technique often used to kickstart the development of health topsoil.

“Well here we are”, Nick gestured for us to walk through a final gate into a sprawling broccoli field. Behind the gate the land dropped away revealing Godrevey headland. The famous lighthouse stood framed between two sea cliffs and the beach stretched to the West. It was beautiful. “Not much is it” Nick said, we noticed he was staring down to the ground to a patch of wildflowers no more than 5 meters thick. This thin belt ran the length of the broccoli field. The Buglife team had already got their nets out and were walking along this patch as if they were looking for a dropped coin, legs straight, back bowed, concentrated. “This is the spot, if you’re gonna have any luck finding the bees it will be here” Nick put a hand out and invited us to take a look.

Little blue flowers littered the margin, their delicate frames improbable against the sea winds. “So this is the field scabious” Laura said kneeling down beside the plants. Laura is head of the North Cornwall B Line project and was the person who had invited us to the bee hunt. “We spent all last summer collecting seeds and have started a makeshift nursery in Paddy’s garden,” Laura pointed at Paddy, the lead Entomologist (an insect expert), as he wafted his net across the verge. Laura continued, “We have well over 500 seedlings now which we’re hoping to plant across the fields you just walked across, the idea is to connect this small patch of flowers with another patch further down the valley”. Solitary bees face a challenge in our great expanses of farmed landscape. Unlike their social friends the honey bees, who will often fly up to distances of 5 miles to find food, solitary bees will fly no further than 200 meters from their nesting sites. You can imagine how easy it would be for an unsuspecting farmer to remove a small corner of scrub, just like the one we’re standing in now, and in the process remove a nearby food source, stepping stone or final stronghold.

There would be two approaches; the stake out, in which a person sits, camera on tripod, aiming at a patch of flowers in the hope of a bee encounter, then there’s the run and gun, where a cameraman, camera in hand, runs along the verge opportunistically poaching a shot here, a shot there. We began with option one, camera steadfast, tripod engaged. Then we waited. And we waited. And we… “Oh bee”, shouted Paddy from the bottom of the field, the net swooped twice, figure of eight style, paddy, knee deep in a sea of blue, flung the net over his own head to inspect his catch. He reappeared holding a small translucent tube in his hand, he had a bee. The bee was the size of a one pee coin, jet black, with two huge balls of bright pink pollen on its legs. It was perfect. I felt a sense of wonder, how could I find something so new, so rare, amongst a place that looks so normal. I was hooked, part by the search for the next bee and part by the idea of what else could be here.

We spent the rest of the day foraging for bees and butterflies. In total, 8 Scabious Mining Bees were seen. The image of Ollie, our cameraman, and Adam, his assistant, leaning into a hedge, Ollie holding a camera, and Adam pressing a magnifying glass to the end of his lens will forever stay in my mind. Wildlife can do that to people, it draws you in, strips back the rubbish and brings out the inner kid. Throughout the day we were reminded by Paddy just how uncommon it was to see so many bees. The thing is, this was year two of their project, with the first load of new scabious flowers already blooming. Conservation takes patience, conservationists don’t speak in days or months, they speak in years, and this project was two years in the making. There’s the councils, the big organizations, farmers and private landowners, there’s the experts, the volunteers and the staff to keep it ticking. It takes all of that, for days like today.

After a series of interviews amongst the bees, we set off on our journey home. Laura told us about the national B Line project taking place and how the North Cornwall project was a small part of a much bigger initiative. In total they aim to engage 150,000 hectares of land, that’s over 210,000 football pitches, across the whole of the UK. That’s an area roughly the same size as London. What’s most amazing about it is they’re doing all of it without owning any land. This is about people sitting down with other people and saying “we have a plan… are you in”. We left the day feeling optimistic about the future. We’d seen our bee, now we needed to make a film to tell their story.

Link to film on Vimeo

Here Now Films is a Bristol based documentary and brand video production company.