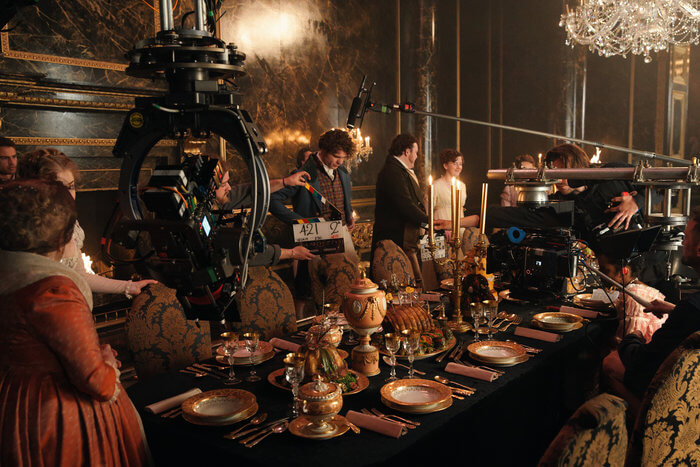 People in Bristol and surrounding counties are being invited to step into production careers within the city’s thriving film and television industry.

Skills to Screen comes to Bristol on 28-29 March at The Bottle Yard Studios with production company Calling the Shots running the weekend’s events and activities. Electricians, office administrators and people working in events or logistics with at least five years’ experience in their area, who live within one hour of the city, are being called on to take part in free workshops and panel discussions, followed by the opportunity to meet employers from the film industry looking for talent to hire.

Participants will explore a range of skill areas, gain an understanding of the connections that exist between disciplines and develop an insight into how production teams are managed in the film and television industries. The weekend will also include panel discussions with recent industry entrants, workshops led by experienced film and TV members and a facilitated tour of a production set in action. It will be followed on Wednesday 8 April by an evening of networking with a range of industry practitioners.

Calling the Shots have been working to widen participation in the film industry for over 20 years, starting with a film about homeless teenagers in St Pauls and recently a talent development scheme New Creatives that gives young people the chance to have their work commissioned for BBC platforms.

Steve Gear from Calling the Shots said: “Bristol is a leading light in the screen industry. It’s home to The Bottle Yard Studios, the largest dedicated film and TV studio in the West of England, where recent titles like The Trial of Christine Keeler, The Pale Horse and Poldark have been filmed.

“To keep going from strength to strength we need to bring in more and more skilled people. Calling the Shots is all about sharing the opportunity to work in this creative industry that we love. It’s important to us that people from all walks of life get to express themselves, which is why we’re excited to be able to offer this opportunity for free.”

Seetha Kumar, CEO, ScreenSkills said: “Bristol is home to so many UK screen industry success stories, including The Bottle Yard Studios and Aardman Animation – so we’re delighted to bring our Skills to Screen initiative to the city. It’s a wonderful opportunity for people in the region to learn more about the job opportunities within TV and film, and the various ways in which their existing skills can transfer to these thriving sectors.”

Skills to Screen is part of a nationwide drive by ScreenSkills, the industry-led skills body for the UK’s screen industries, to encourage those with skills needed in film and television to transfer them in. The initiative is supported by National Lottery funds awarded by the BFI as part of the Future Film Skills programme.

Fiona Francombe, Studio Director at The Bottle Yard Studios said: “Film and high end TV production is consistently rising in Bristol. More job opportunities than ever are opening up and we want local people to benefit from them.

“We hope this initiative will inform people about how they might transfer their existing skills into roles within this exciting growing industry.”

The deadline for applications is Monday 9 March. For more information and to sign up: www.screenskills.com/skills-to-screen-bristol