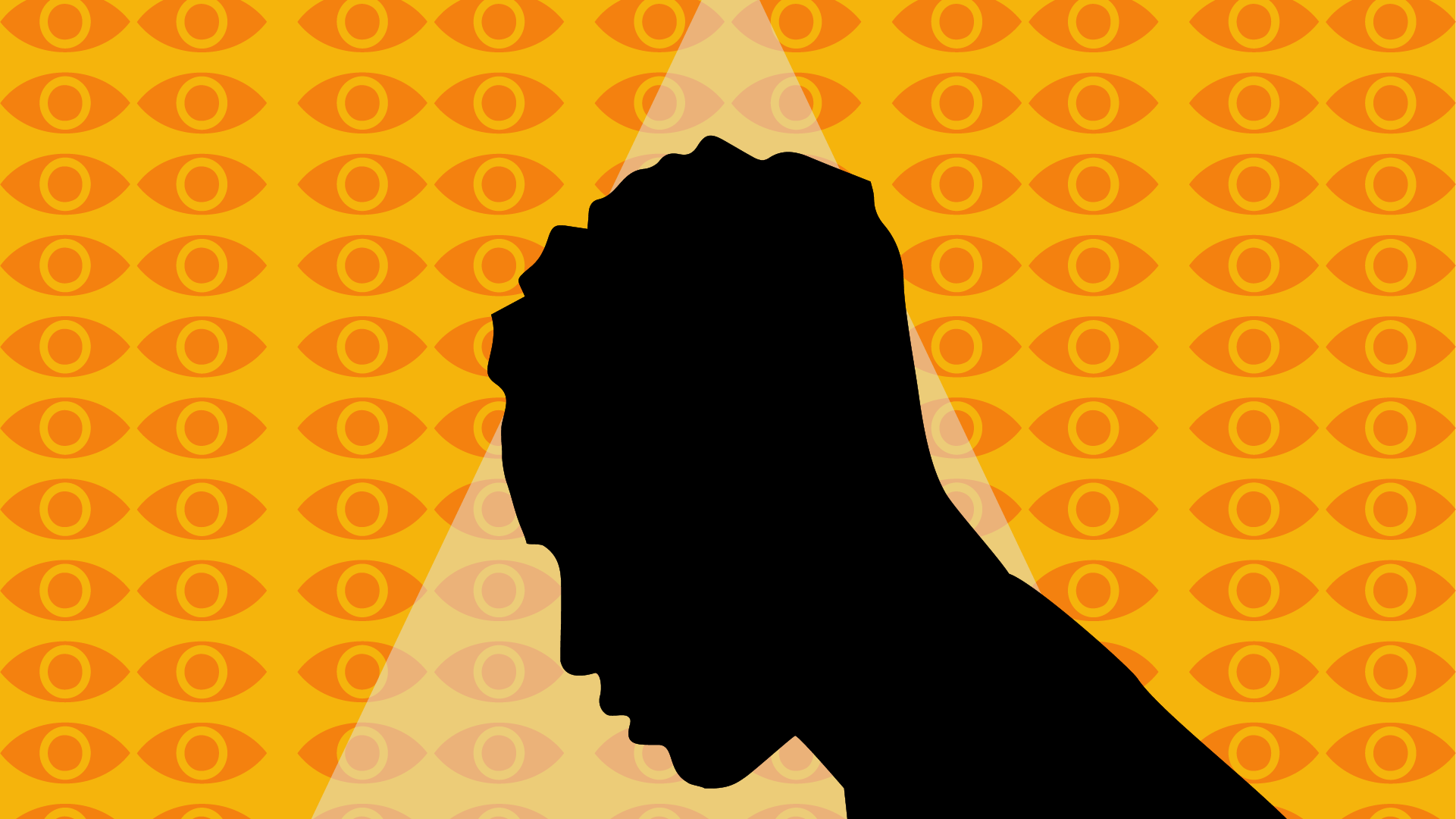 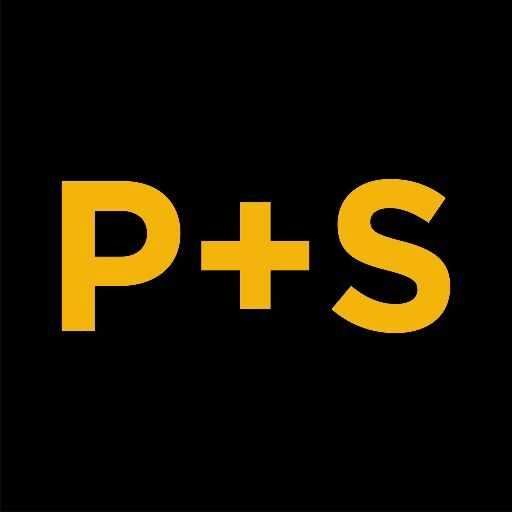 Okori, one of our digital designers here at P+S, talks about the short film he created for the BBC last year.

In 2019, I happened upon an opportunity to make a short film for national television. Funnily enough, I remember consciously avoiding film studies in sixth form because I struggled with dialogue and thought “I could never make a film”. I probably do still suck at dialogue, but I guess that doesn’t really matter because my film has zero words in it; work to your strengths I suppose.

Funnier still, was the fact that I had never directed a film in any capacity before. This was very much my first, and very much a deep dive into an unknown world, full of quirky executive producers and stressed out assistant directors.

I eventually emerged from that world (barely in one piece) and back to reality, only to discover that the short film in question – A Fashion Show – can be found on BBC iPlayer, Apple TV, and on the British Urban Film Festival website.

Okay, so, how did this all come about? The answer is…almost by accident.

I was 21 at the time, fresh out of university with a marketing degree and a dream to be in advertising. After all, adverts are just short films, right?

So, I find myself at a premier for a short film in Bristol. It featured my mum actually. She’s not an actress though; she designs luxury handbags. There are all kinds of people there, most notably, a man called Michael Jenkins. See, Michael’s a cool guy; I think he actually directed the film being previewed, and I had overheard that he had previously worked with the BBC. So, being curious, I approached him, introduced myself, and asked if he’d like to get a coffee or something. He said “Sure”.

Fast forward, and we’re at the Bristolian treasure that is the Watershed, having a hot chocolate (I don’t actually drink coffee, I just say it because it sounds professional, you know?) and talking about ourselves. It was a good time. Before we left I showed him some of my freelance marketing/advertising work, to which he mouthed something about keeping in touch. I took this to mean the usual “This was nice, but now we’ll never see each other again”, which was fair enough. I was just happy I got to have a great chat!

Low and behold, some months later, Mr Jenkins did get in touch, with an opportunity he thought I’d be interested in. Turns out it was the BBC New Creatives competition. I didn’t think I stood a chance, but what’s the harm in trying?

Now, a day or so before the deadline, I was watching the Gucci 2018 A/W fashion show with my brother and the idea struck me for an abstract social commentary about race, told through the vehicle of a fashion show.

Feeling inspired, I quickly messaged my most talented friends and convinced them to get involved. It felt like an opening scene in Oceans 11. You know, when they do the “I need you for one last mission!” and the other person responds, “Nah, I’m out of the game.” And then the person says, “But, we could be big time!” and then the other person’s like, “Okay. I’m in!” And the team assembles.

Let me tell you, it was exactly not like that. But let’s just imagine how cool that would be.

Anyways; we submit it. Then we wait. Weeks go by. I should mention that in between meeting Mike and getting his email I had found a job in the elite practice of selling car insurance. As esteemed as it gets, with the working hours to match, there was really no way I could find the time to make a film on the side, but that was okay because it was never going to happen anyway.

News flash, I did get it! We got through! I got a call whilst at the coffee machine at work (again, being professional), where I was told that I’d be given £5,000 to make whatever wacky ideas I had a reality. I didn’t get a coffee but I felt like I had just backed an espresso. Safe to say that I was very excited.

Fast forward once more and we’ve met the executive producers, been assigned our non-exec producers (so, just producers), and been given a wad of money to go make a film. How much do I know about making a film? Zilch. But this was what I had my team for. Thanks to Fran, Luke, Mike, Tallulah, and my friend Shanice who was volunteering as PR, I was able to reduce my running around like a headless chicken by 23% – I really am indebted to them. They saved that film from being an absolute flop. I had no chance on my own. I think that was the first lesson I truly understood about teamwork– letting other people lead where they’re strongest.

Things didn’t go smoothly: we had mishaps and malfunctions, even a reshoot which almost made me give up on the whole thing. But we made it through pre-production. The most stressful part? Casting. Did I even pay attention to acting experience? I was pretty much going off gut feeling and had these questions about race prepared to gauge how interested actors were in the concept. I just wanted people who cared. I think that’s important in anything you do as a team; picking people who want to be there. When you’re acting the leader, you want people who are even more passionate than you.

I was lucky enough to find a cast full of brilliant, talented, and motivated actors and actresses – many of whom are my friends now and hopefully always will be.

So, we film the first shoot, it’s good but not great. The execs make us do a reshoot. After moping to my girlfriend at the time, telling her that I don’t want to do it and that I might just fob off the whole thing, I’m eventually convinced to stop being so silly. Once again, saved from a blunder by someone else.

We do the reshoot, and its brilliant! It’s weird…you can feel when you’re doing something cool, although I was still very nervous about how it would all turn out. A key actor couldn’t make it, and we had to call the exec producer to be the stand in. Ironically, he played the man behind the scenes, orchestrating a creepy fashion show. How meta is that?

Fast forward a couple of months and we’re premiering the film at Encounters Film Festival, the UK’s leading short film festival. Then a month later ‘A Fashion Show’ is being aired on BBC Four in front of thousands. Next, it’s on BBC iPlayer! It was all very surreal. In2020, it was picked-up by the British Urban Film Awards and Apple TV, which again, is crazy to think about.

The common thread through all of this, is that it’s important to have good people around you and that it’s okay to be a little out of your depth, because you can learn to swim as you go.

That’s the story of how far just taking an improbable leap can get you. Sometimes, if it’s something you really want to do, and you’ve got a chance, just give it a shot. You can always get support down the line. Making a film was something I swore I could never do. Turns out I was wrong.

So, what have you been telling yourself is impossible? And is it really?

Listen to Okori talking about his experience here.