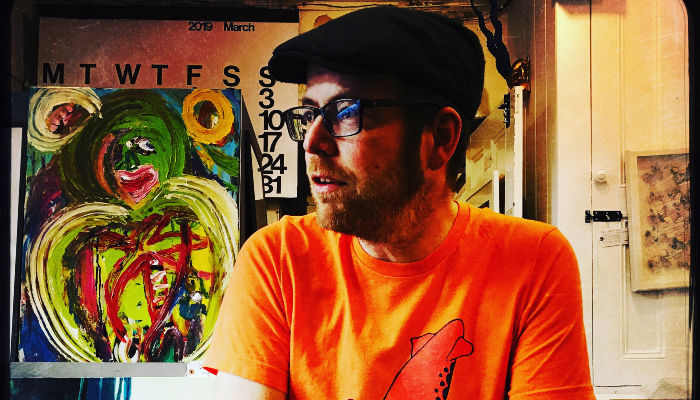 The outsider’s time has come! In a society that is stuck in loops of common sense where we have an unhealthy attachment to expertise and logical, linear thinking, something counter-intuitive is needed. It is time for a creative revolution. One in which the outsider sits at the table alongside the experts. Where the passionately inexpert play a vital role in unsticking stuckness. All that you need to bring is your own unique and beautiful wonkiness.

Bristol Media are delighted to be joined by Steve Chapman, artist, philosopher, TEDx speaker, and all-round supporter of the weird and wonky, for this keynote on creativity and the human condition. Steve’s talk is all about nurturing what makes us uniquely weird so that it becomes our creative super power, the role of the ‘outsider’ versus the ‘expert’, and also touches on imposter syndrome, the pointlessness of labelling and the importance of counter culture.

Join us and Steve for this keynote on Tuesday 16 July (12.30-14.15) at the new event space of Origin Workspace, 40 Berkeley Square, Bristol, BS8 1HU. Tickets include a light buffet lunch and are £25+VAT for Bristol Media members, £35+VAT for non-members.

A former Vision speaker, Steve is an artist, philosopher and writer who is interested in creativity and the human condition.

He specialises in working in creative and counter-intuitive ways to help people free themselves from stuck loops of common-sense where creativity, novelty and change are rather difficult. He is the founder of Can Scorpions Smoke? and creator of Sound of Silence, the world’s first silent podcast featuring special guests. As an artist he’s exhibited alongside the likes of David Shrigley and Pablo Picasso and has sold pieces in the UK, US, South Africa and Russia.

He is at his best when he doesn’t quite know what he is doing.