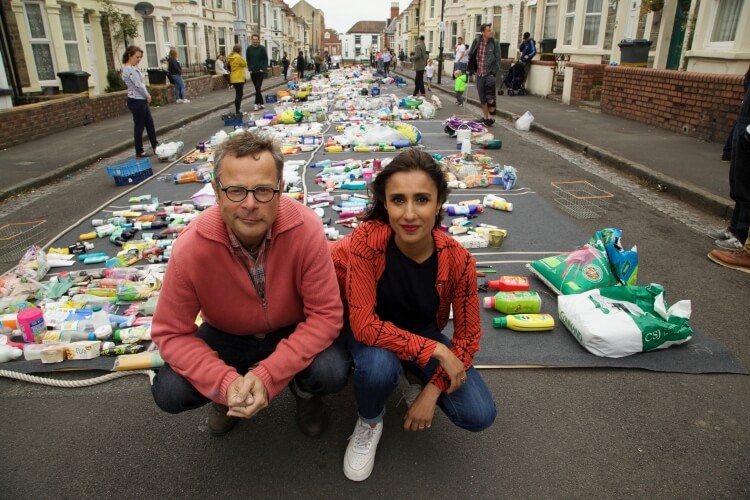 The shortlist includes shows from Netflix, BBC and ITV and some of TV’s best-loved presenters, including Angela Rippon and Steve Backshall.

The Royal Television Society West of England today announce the shortlist of nominations for its annual awards, in association with Evolutions Bristol, in the fields of on screen talent, craft, animation, regional television news and across a range of factual programming including natural history and documentary.

The RTS West of England Awards is the only annual celebration of the region’s creative community and this year the awards include work from the RTS Devon and Cornwall centre.

There is an array of talent represented in the on screen talent category, from Steve Backshall (Blue Planet Live) and Angela Rippon (The Truth About: Antibiotics) to Nadeem Islam (See Hear on Tour) and Iolo Williams (The Watches)

BBC Studios Natural History Unit has 13 nominations for a wide range of programmes including landmark series Seven Worlds, One Planet and Earth from Space. And there are nominations for the BBC’s Sunday night hit, Countryfile – for their Evacuee special and reporter Charlotte Smith.

Last Breath, a MET Film Production & Floating Harbour Films, is nominated in four categories. This feature documentary tells the story of diver Chris Lemons, who was stranded on the seabed with 5 minutes of oxygen and no chance of rescue for more than 30 minutes. Drummer TV has four nominations and Silverback Films pick up 3 nominations for Our Planet, broadcast on Netflix. Keo Films, Icon Films, Twofour and Axis Studios pick up a handful of nominations between them.

In News, ITV News West Country score four nominations across the Flying Futures, News Story and News Reporter categories, as do BBC Inside Out West, who are nominated twice in Short Form and in Reporter and News Story

“The West of England is now, rightly recognised as an international centre of excellence in film, tv and digital production and our judges had a really tough job this year, with entries from an impressive range of programmes from our public service broadcasters and streaming platforms, like Netflix.

“In the year that welcomed Channel 4 to the West of England creative community, these awards are a great reflection of the exciting talent in the region.” said RTS chair, Lynn Barlow, who is Assistant Vice-Chancellor Creative and Cultural Industries at UWE, Bristol, and a documentary producer.

Tickets will be on sale soon from the Bristol Old Vic Box Office.

For more information on the awards, please contact Suzy Lambert on [email protected]

Evolutions Bristol are delighted to once again be headline sponsors of the 2020 West of England RTS Awards. Offering an end to end post production service including production offices, workflow consultancy, offline and final post with some of the best talent in the country, we are proud to be an integral part of the South West post production community supporting our ever growing sector.

With an established team in Bristol as well as our three Soho facilities, VFX team, as well as bespoke Rig and Location services, Evolutions provide an integrated post production service to enable our clients to work across the region and internationally with great flexibility, and deliver high quality programmes across all genres from Natural History, Documentary, Animation, through to Commercial Short Form.

Once again we congratulate all of this year’s nominees for the hard work that has brought them this far. The standard of work in the list of nominations is testament to the creative talent and ambition throughout our region, for which we should be very proud.