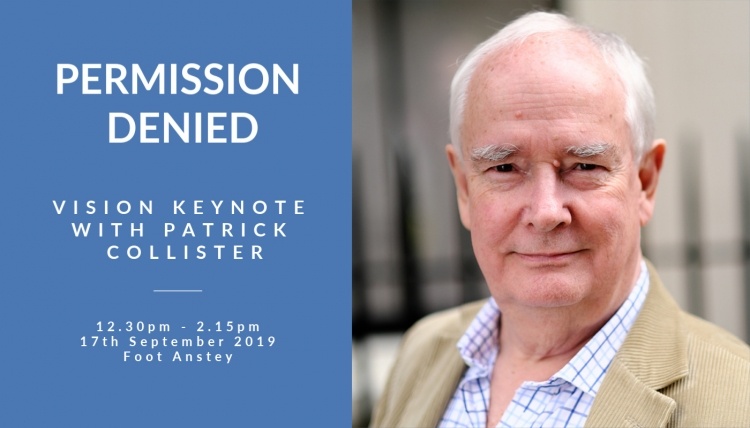 Previously executive creative director and Vice Chairman of Ogilvy & Mather, as well as creative lead for Google’s The Zoo, Patrick has a career spanning over 30 years, and we’re delighted to welcome him back to Bristol.

20 years ago, Seth Godin wrote “Permission Marketing”. He had such high hopes for advertising, suggesting that the digital revolution would make advertising personal and relevant and thus anticipated and welcome.

But it didn’t quite work out that way…

Not only do people dislike advertising (there are a billion ad-blockers installed on devices around the world) they dislike the advertising profession too. In the UK, advertising people often rank below politicians, which takes some doing! Facebook and Cambridge Analytica, Google and Brand Safety, the new tech giants have had a disastrous effect on how advertising is both made and seen.

BUT, despite all this, advertising can still help sell products and grow brands. It’s just that there are new rules.

In this talk, Patrick Collister will apologise for the cliché (new rules) but will explain how it gives a framework for understanding the five conditions brands need to meet if they want to get through to people.

He’ll talk a bit about data, a lot about insight and he’ll mention the fact that 30% of the audience will have bought something on their mobile phones while sitting on the toilet. He’ll squeak excitedly about some of the new toys in the tech-box but pull a frown when he gets to the slide with the poo emoji. That’s when he’ll be discussing Programmatic and how it is an opportunity that creative agencies miss at their peril.

He’ll talk about ideas a lot, use the word creativity quite often, and may even try to sell you his book, “How To Use Innovation & Creativity In Business.”

Tickets are £40+VAT for Bristol Media members, £55+VAT for non-members and include lunch. A limited number of £10+VAT tickets will be available from 9th August to Bristol Media freelance members.

Patrick was the executive creative director and Vice Chairman of Ogilvy & Mather, London. Then executive creative director of the EHS Brann network of direct marketing agencies. From 2013 to 2018 he was the creative lead for Google’s creative think-tank The Zoo. He has won many awards, the most prestigious being Cannes Gold in 2013 with Cheil for Samsung. In his spare time, Patrick publishes Directory magazine and resource.

Patrick will return in October to run his critically-acclaimed workshop ‘Getting the Big Idea’… find out more.