We deliver practical, applied and accessible online training and talent development  to creative professionals around the world – training people who want to master the art of telling stories that transform teams, business and profit.

From established CPD courses to bespoke one-to-one mentoring, our training is based on the storytelling and five-act structure principles outlined in John Yorke’s bestselling book on story structure, Into the Woods.

John Yorke is the UK’s foremost expert on story. As former Head of Channel Four Drama, Controller of BBC Drama Production and MD of Company Pictures, he has produced some of the world’s most lucrative, widely viewed and critically acclaimed TV drama, from EastEnders to Shameless, Life on Mars and Wolf Hall.

John founded the hugely successful BBC Writers Academy, training some of the most successful and creative screenwriters working today. Credits include The Crown, Killing Eve, Pure, Father Brown, Doctor Who, Watership Down and Deadwater Fell, with nominations and wins for awards including Golden Globes, Emmys, Oscars, and BAFTAs.

More than a thousand people have trained with us and our completion rates are way above the industry average (20%) at 87%.

Christina is a writer, educator and academic with extensive experience of university teaching, online learning development and digital content strategy and production. She has developed stories in many forms: as a journalist, author, magazine editor, digital communications producer, online community builder — and nurse. Inspired by the potential of technology to increase accessibility to learning for people at all levels and from all walks of life, Christina has been developing new ways of teaching writing and story for 15 years. As an academic, Christina devised, produced and managed online and face-to-face university undergraduate and postgraduate courses in writing, as well as apps and ebooks — all the time keeping a close eye on how the industry was changing and building a network of industry-connected advisors and talented tutors. She co-founded The Professional Writing Academy and John Yorke Story to bring top quality, professionally focused online creative education to everyone, whatever their background, whichever time of day or night they wish to study, and wherever they live in the world.

Susannah has been educating writers and storytellers online since 2008, when she helped develop the world’s first fully online masters degree in writing, at Falmouth University. She has devised, written and taught MA, MFA, BA and PGCHE courses in writing and narrative, as well as training writers and editors for publishers in the UK, US, France and India. She co-founded The Professional Writing Academy and John Yorke Story to bring top quality, professionally focused online writing education to everyone, whatever their background, whichever time of day or night they wish to study, and wherever they live in the world. Susannah has created bespoke online training to develop new writers for Faber Academy, Cornerstones Literary Consultancy, ScreenSkills, New Writing North, TAC, and with 10 universities and research institutions, including Glasgow University, Queen’s University Belfast, University of Strathclyde, University of Stirling, University of Dundee, Dublin City University, Royal College of Surgeons in Ireland and Biocat Norwegian Graduate School. Prior to this Susannah worked in the publishing industry as a commissioning and development editor, sourcing new ideas, building lists and developing new writers and creative talent. She has edited more than 60 titles for authors including Peter Ackroyd, Stanley Wells, Mary Quant, BKS Iyengar, Sheila Kitzinger, Penelope Leach, Elizabeth Luard and Anna Pavord, has ghostwritten many more titles, and is author of 25 books herself, translated into 17 languages.

John Yorke is widely acknowledged as the UK’s foremost expert on story, and his book Into the Woods is the bestselling book on the subject in the UK. He has spent years analysing not just how stories work but why they resonate with audiences around the globe. As former Head of Channel Four Drama, Controller of BBC Drama Production and MD of Company Pictures, John has tested his theories during an extensive production career working on some of the world’s most lucrative, widely viewed and critically acclaimed TV drama, from EastEnders to Shameless, Life on Mars and Wolf Hall. His work has won BAFTAs and Golden Globes. 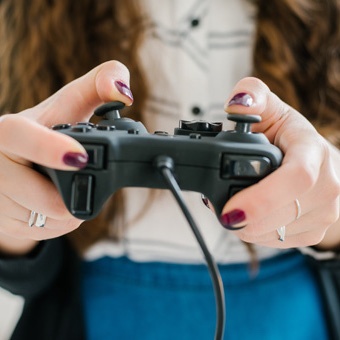