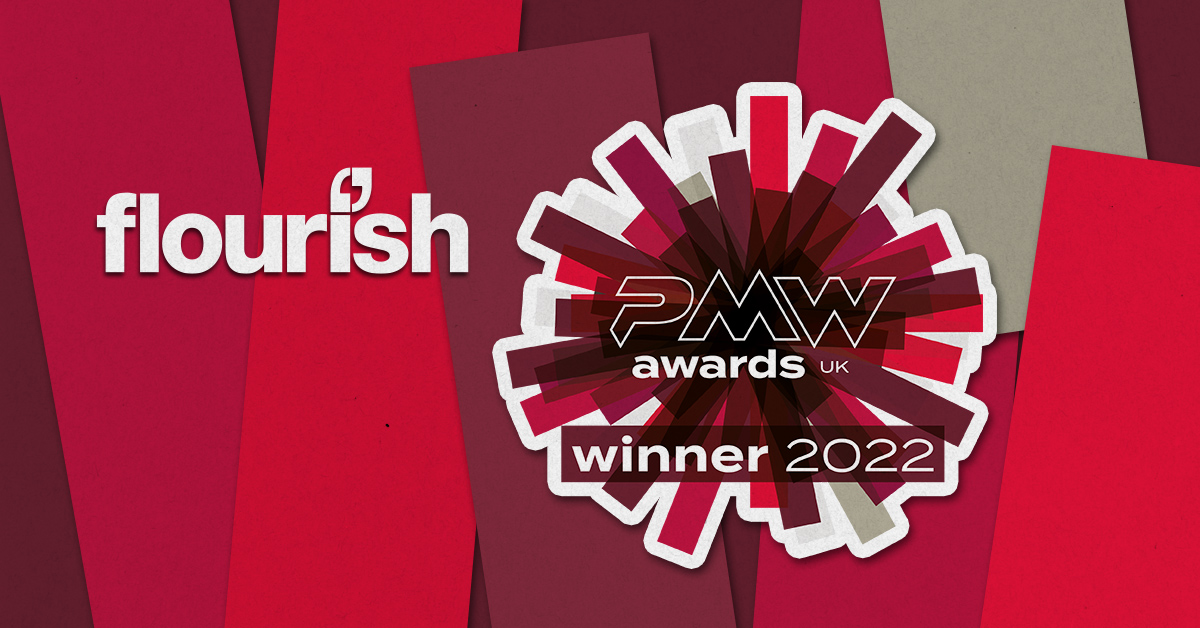 The awards were held at The Grosvenor Hotel on Park Lane in London and Flourish scooped the Email Marketing award for their work with well-known consumer electronics brand, Samsung. They were one of 22 winners out of more than 90 shortlisted finalists, alongside other award-winning entries including the likes of Asda, Specsavers, Boots, Primark and M&S.

Robin Langford from PMW wrote: “The victors reflect outstanding work across a number of product sectors, alongside awards for the best people, agencies, innovations and teams.”

Flourish also has an office in Dubai and a long-standing relationship with the Samsung Gulf team. They were asked to work on the launch of the Galaxy S22 Series across several regions and in multiple languages. The team assisted with the planning and implementation of a communications strategy that helped Samsung to achieve a high number of pre-orders, and exceeded results from their previous launches of similar devices.

Ian Reeves, Managing Director at Flourish, said: “2022 has been a fantastic year for Flourish, and we are extremely proud to top it off by winning an award that celebrates the game-changing results possible when data, technology and people come together to create customer orientated journeys. This award is credit to the whole team at Flourish and their dedication to pushing boundaries in CRM.”

The campaign has also received recognition by industry body reallygoodemails.com and an internal Samsung marketing award for the campaign with the best use of segmentation.

You can find out more about Flourish via the website.