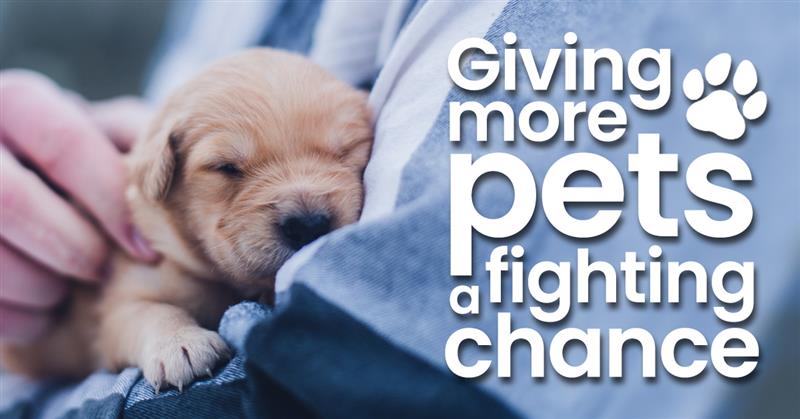 Lockdown puppies. Admit it. You considered one. A little companion to keep you company working from home, a playmate for the kids and a reason to get out for your 10,000 steps each day. And if you did end up getting one? You’re not alone.

According to the BBC more than 3.2 million more pets were bought during lockdown. Veterinary charity PDSA’s research shows nearly 2 million of these were puppies, with many owners saying it was the first time they had owned a pet.

Over the same period 1.4 million more claimants registered for financial support as the pandemic effectively stopped people being able to earn a living. More pets, more first time owners and more economic uncertainty. A perfect storm for PDSA who treat the pets of owners who cannot afford veterinary treatment.

PDSA turned to CRM specialists Flourish to develop a campaign to raise awareness and money to meet the forecast jump in demand for their services. The resulting Give Pets a Fighting Chance campaign went live in late November 2021.

An initial priming film was shared on social and via email underlining just how much pets mean to us and have enriched our live during lockdown. This was followed by a fundraising phase on social, email and via direct mail to existing supporters.

The campaign celebrated pets, paying homage to just how amazing they are for our physical and mental wellbeing. This celebration provided the platform from which to ask for donations witch communications suggesting that: “For all pets do for us, they deserve a fighting chance.”

The response to the campaign has been incredible, with celebs including Ricky Gervais, Michaela Strachan, Alesha Dixon and James from the Vamps showing their support on Twitter.

Preliminary results are incredibly encouraging with the campaign being well on track to meet its financial targets to make sure any increase in need for PDSA services will be met.

Laura Tovar Senior Account Director at Flourish said: “The potential increase in need for PDSA services had to be addressed, and quickly. We’ve been working with PDSA for 3 years now and in that time our campaigns have always hit their targets and often smashed them. Our Give Pets a Fighting Chance campaign has been well-received and I have no doubt that many pets lives will be saved as a direct result of it”.

If you have a CRM project you’d support with, you can get in touch with Flourish by contacting Steve Davis. Alternatively take a look at some of our work.