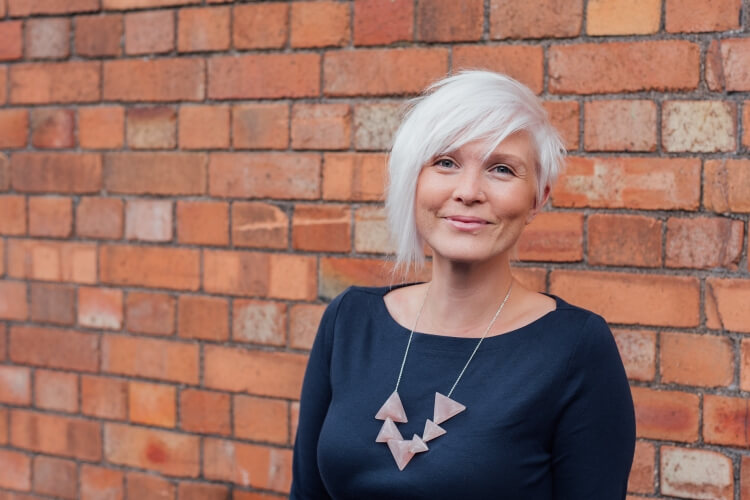 We felt it was time to chat to a freelancer for our next featured member, and who better than Bristol native and Glug godmother, Keri Hudson A.K.A Keri Social. Watch our interview with Keri below...

Want more? Read the full interview to find out about Keri’s thoughts on Bristol, her work with Cancer Research UK and why she decided to take the freelance route as a social media consultant.

Finzels Reach, hands down. Spicer + Cole is a great place for meetings and getting in a few hours of work over a coffee (or three). And Left Handed Giant is a great place to head in the evening (they have gin and tonic on tap – blows my mind!). They also have a great event space too – lovely local agency Maya recently held an art exhibition there with local artists to raise money for mental health charities: OTR and Bristol Mind.

Finzels is becoming a real creative hub too, with BDH and Channel 4 already calling it home and a co-working space due to open next year. Exciting times!

What are you most proud of as a business?

Definitely my work with Cancer Research UK, during which I was the social media lead for its mass participation events (such as Race for Life). I focused on driving event entries, encouraging fundraising, raising awareness of cancer prevention and educating our followers on our scientists’ work. While I love working for brands, working at CRUK allowed me to truly make a difference. I was able to track how much of the money raised through events could be attributed to social media – and it ran into the hundreds of thousands during my time there.

I also worked on the #nomakeupselfie campaign, which raised £8million in just a few days. The selfie challenge wasn’t actually planned – we saw it trending on Twitter and thought we’d jump on it and see what happens, and it just flew. A great example of being in the right place at the right time and capitalising on it.

What gadget could you not live without?

I couldn’t live without my phone (not a massive shock, coming from a social media consultant!). My favourite app is Twitter, I feel like it’s the only social platform that’s kept its original essence. It’s not bloated with ads, and the focus remains on the users. Of course, there are huge downsides – much needs to be done to combat trolls and bots. But it’s still the first place I turn to when something big happens. I love the drama! I’m also a big believer in curating your own social media feeds for self-care; I’ve got all sorts of words muted (‘Snowflake’ – ugh) and focus on following funny and interesting accounts.

What exciting plans have you got coming up?

Lots! I’m delivering an Instagram workshop with Bristol Media and Jess Siggers, giving a 2020 Social Media Trends talk, and I’m also excited for our next Glug Bristol event. We’re focusing on creativity for good, with talks from Ben Akers, Epoch and The Bard Collective, with all proceeds from the event donated to Caring in Bristol.

Whose work do you admire and why?

I want to give a massive shout out to Joyann Boyce for the work she’s doing to raise awareness of diversity in the industry. We need to make some big changes – and I’d fully encourage you to get in touch with her to start that discussion.

Also big up Tiny Giant for its brilliant AI experiments, McCann for its backwards poems campaign for domestic abuse charity Refuge, and Rubber Republic for its hilarious videos.

What encouraged you to go freelance when you first started out?

I’d always thought about going freelance; the freedom of being able to choose who I worked for, and when and where I worked were always attractive. But taking the jump was always a bit too scary; it was safer to stay employed. But then, at the end of 2017, I was made redundant – so I didn’t have much choice! I figured that I’d try freelancing out and see how it went, and two years later, I’m still going.

It’s definitely a challenge, but I’ve learnt a LOT. I’ve also been able to diversify. In my previous role, I managed the social media delivery team – so most of my focus was on creative strategy, client services and line management. Since going freelance, I’ve expanded my services into training, workshops and public talks, as well as offering general consultancy. And because I manage my time, I’ve also been able to carve out invaluable space to explore other projects, such as launching Glug Bristol. I never thought I’d run events, but here we are – 12 Glugs later!

Keen to feature your business? If you’d like to be part of our Featured Member series, get in touch for more information.