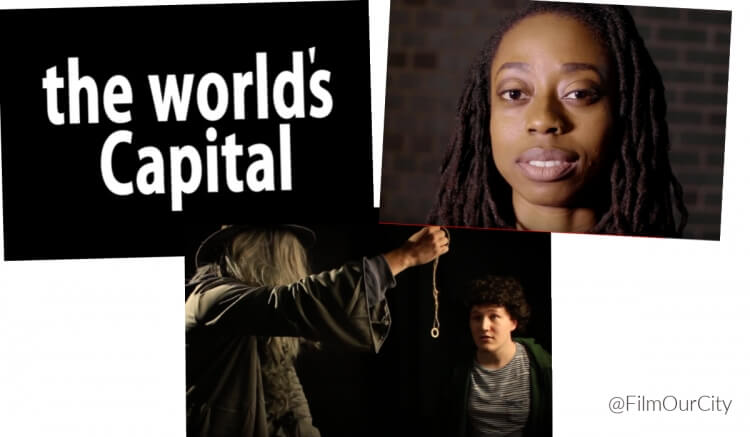 Our City is our annual competition for local filmmaking talent to create a short film or animation to showcase the city of Bristol.

Our City is our annual competition for local filmmaking talent to create a short film or animation to showcase the city of Bristol. Filmmakers under 30 are asked to produce a 90 second film, animation or motion video that captures their view of what makes Bristol THE place to be – celebrating creativity, people, music, technology, action, collaboration or lifestyle.

This year, 3 films made it to the final stage and met with the judging panel and Mayor Marvin Rees to start planning the fine-cut stage, drawing on the TV skills of Aardman, Icon Films and Drummer TV, and the facilities at Doghouse and [email protected], and blending in the One City messaging, footage from Destination Bristol and locations from the Bristol Film Office.

Leeza Awojobi, Daniel Moon, Jagneel Bhullar, Stephanie Burnham, and Emma Rigby for ‘Held in Pockets’ – a original approach supported by a beautifully-written poem to celebrate and embrace the youthfulness of the city.

Tobi Wozniak and Curtis Ball for ‘Bristol: A Hobbit Tale’ – a humorous, well-produced film which the judges liked for its pastiche style and great punchline.

James Giles-Lane and Elliot Barry for ‘Bristol in the Fast Lane’ – an upbeat and dynamic short film showcasing the diversity and creativity of Bristol.

For Mayor Marvin Rees, the competition unlocks the talent of young people and showcases what makes Bristol so special:

“Although the three films are very different, together they are great insights into a city which is energetic, varied and cares about the future of its young people – but doesn’t take itself too seriously.”

The winners will share the £1,000 prize fund donated by Aardman Animations, [email protected], Icon Films Doghouse Post Production and Drummer TV, and the final films will be screened in Millennium Square.