Work is underway on the expansion of The Bottle Yard Studios into a neighbouring South Bristol industrial site, which is undergoing a £12m redevelopment backed by West of England Combined Authority investment that will add three new stages to the Studios’ portfolio.

Planned for completion this Summer, the expansion will increase the number of stages on offer at The Bottle Yard Studios from eight to 11 and is intended to maintain and grow film and TV production in Bristol and the West of England.

Titles recently filmed at the facility, the largest of its kind in the region, include upcoming BBC/Amazon psychological thriller Chloe (premiering Sunday 6 February), series one and two of Stephen Merchant’s BBC/Amazon series The Outlaws and BBC One legal drama Showtrial. 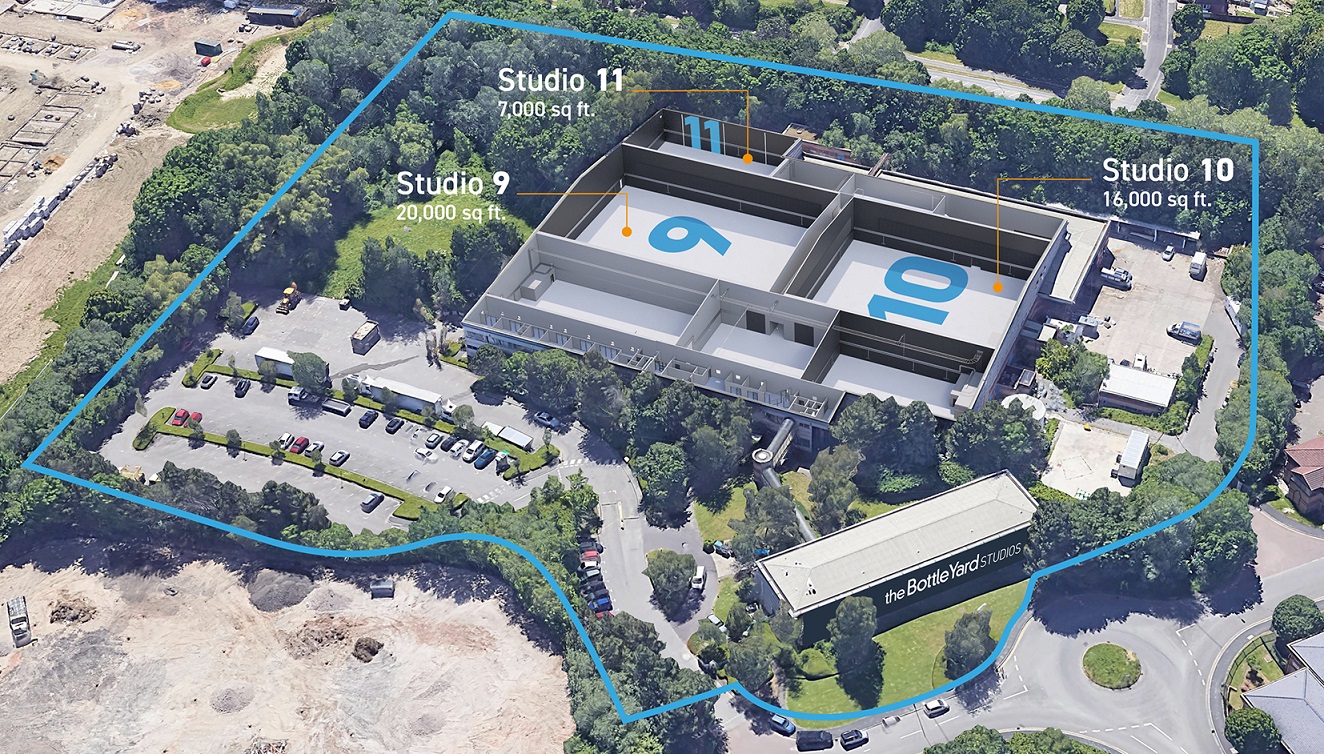 Global construction specialists ISG have been contracted by Bristol City Council to convert the industrial property at Hawkfield Business Park, less than half a mile from the main Bottle Yard site, into three new sound stages. Measuring 20,000 sq ft, 16,000 sq ft and 7,000 sq ft, the filming spaces will be accompanied by ancillary spaces including production offices, prop stores, costume/makeup areas and break out areas, amounting to approximately 82,000 sq ft (7,600m²) of converted floor space in total.

Operations at The Bottle Yard’s main site have also been boosted by a further £1.6m investment by Bristol City Council in renewal and repair works that will make the Studios’ existing buildings fit for purpose for the facility’s 10-year business plan.

Overall, the investment in the current site and new studio provision at Hawkfield Business Park is expected to create 135 jobs during the refurbishment with a further 863 jobs created over the next 10 years through an accompanying Workforce Development Programme focused on high-end TV skills and targeting development of new talent in South Bristol. 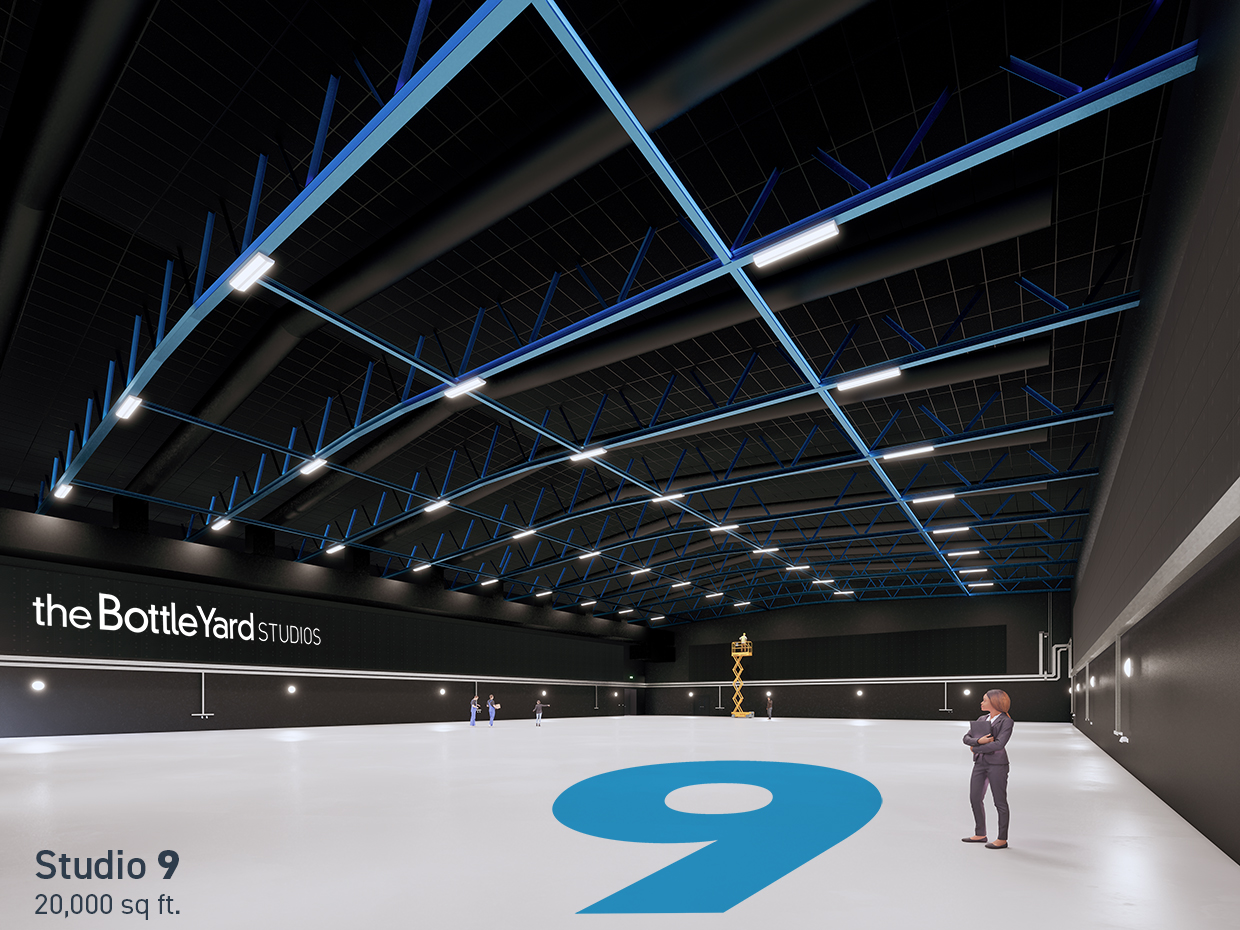 Dan Norris, mayor of the West of England, said:

“I’m incredibly proud of the investment that the West of England Combined Authority I lead is making here. It’s a fantastic space and the progress in getting it ready is remarkable. The expansion of The Bottle Yard studios sends a strong message that our amazing creative sector here in the West of England is thriving. So many talented people are helping put our region on the national and international map as a go-to location for the film and TV industry. Three new stages will mean even more of our favourite shows like The Outlaws, Poldark and Showtrial can be filmed here. This vote of confidence in the West of England will create a thousand high skilled jobs and should help us to attract even more production companies. I look forward to watching lots of new shows hit our screens, and I’ll enjoy them even more knowing they are made in the West of England.”

“It is great to see the expansion work starting at The Bottle Yard Studios. Our £1.6m investment in the current site, coupled with the additional capacity at the Hawkfield site, once developed, will bring confidence to the city’s film and TV production sector and harness growth as the demand for on-screen content grows worldwide. The expansion will also create jobs, skills and training opportunities, support the local supply chain and be a major boost to our wider regeneration plans for south Bristol, bringing growth and opportunity into the area.”

“This expansion is big news for Bristol’s film and TV sector. Upping The Bottle Yard’s stage count from eight to 11 at a time when space for filming is at a premium, means we can welcome more of the productions we know are keen to film in Bristol, a city that saw a 225% increase in filming in the first quarter of the current financial year. We’re making sure Bristol seizes the opportunities presented by the UK production boom with both hands, so that local crew, companies and new generations of talent can reap the benefits in employment, business and skills development.” 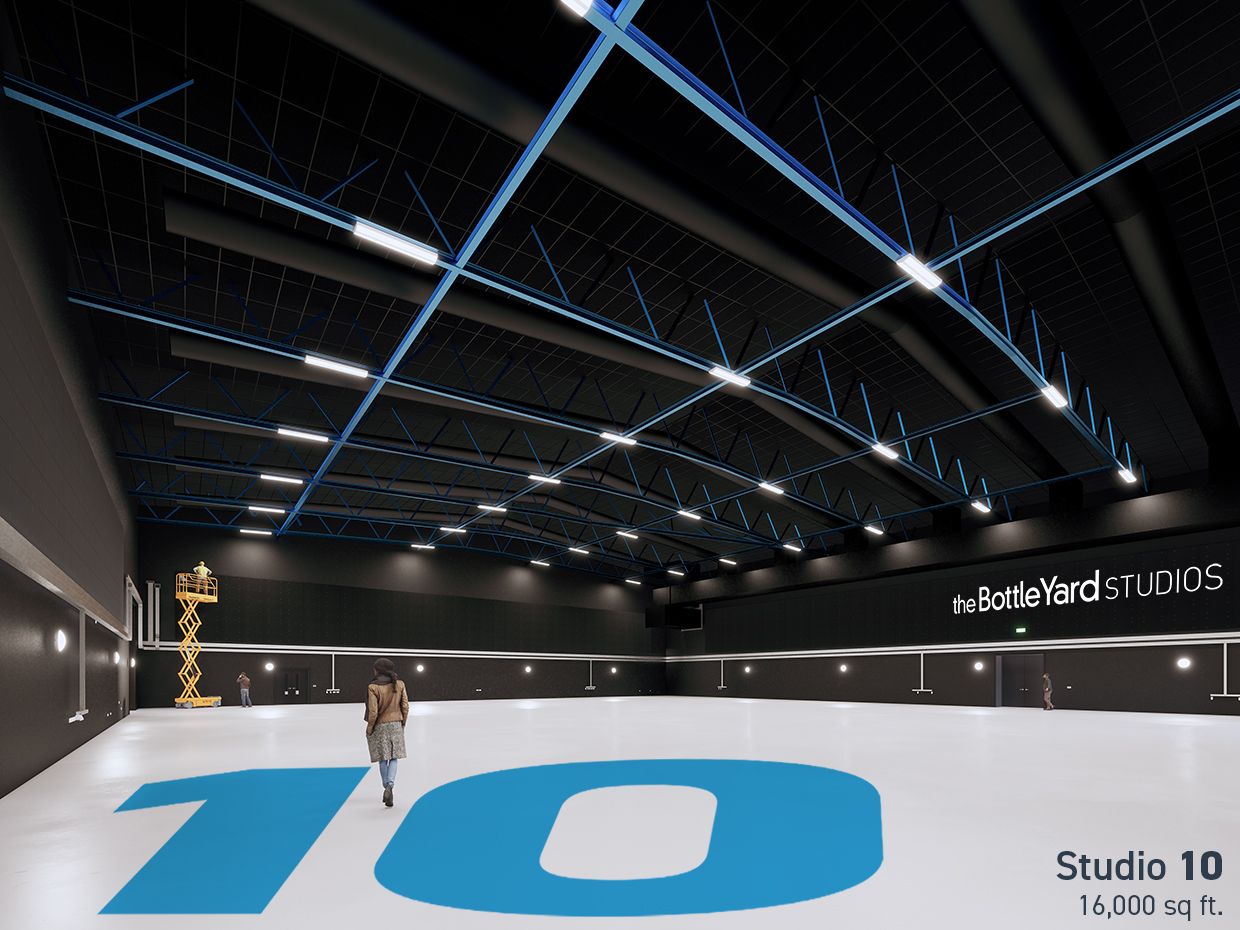 “This highly significant creative arts scheme for Bristol is yet another example of smart and efficient procurement practice – fast-tracking the project to site through the use of the high-performing Southern Construction Framework (SCF). The sustainable Bottle Yard Studios development will prove transformative to the capacity and capability of the region’s media sector and, during the construction phase, will prioritise positive social value outcomes for local residents and the wider community. As the UK continues to benefit from a renaissance in investment in the creative arts sector, ISG brings significant expertise to this high-profile and ambitious project.”

Technical specifications for the new stages have been designed to a premium quality, with sound insulation between stages meeting cinema facility standards, impressive internal noise ratings (NR25 db) and reverberation levels of below 2 seconds. Stages will be clear span build spaces with maximum heights of 34ft, providing productions with adaptable studio accommodation of scale, ideal for meeting the needs of large-scale productions filming in and around Bristol.

The importance of sustainability

Sustainability has been placed at the centre of the design and build process of the expansion site. Energy supply for the converted buildings will be supported by a large photovoltaic (PV) array, improved insulation and a sophisticated building management system designed to enable energy conservation. Transport around the Studios’ expanded footprint will be carbon neutral, with electric vehicle (EV) points and ample cycling provision supporting low carbon movement.

The expansion programme will also bring added benefits to local people through a series of training, skills and employability activities, apprenticeship opportunities and community project support co-ordinated by ISG as part of their contract.